We appreciate your interest in Saint Luke's Bishop Spencer Place and hope we get the opportunity to connect with you soon! 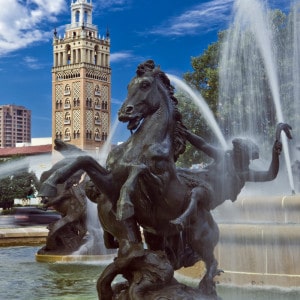 Watch history come alive at Bishop Spencer Place! You are cordially invited to see Emmy Award-winning actress Elaine Bromka star in the Off-Broadway hit Tea for Three, a refreshingly witty portrait gallery of three remarkable First Ladies – Lady Bird Johnson, Pat Nixon and Betty Ford. Walk in the shoes of each of these uncommon women as she faces her final days in the fishbowl of First Ladydom – a threshold moment of insight and hope.

Please join us for this unforgettable performance by Ms. Bromka that has been hailed as a “subtle feat of brilliant acting” by the Record-Review.

Complimentary refreshments will be served.

Complimentary valet parking is available. Please use the Jefferson entrance off of 44th Street.

ABOUT ELAINE BROMKA
Emmy-Award winning actress Elaine Bromka has enjoyed a long and rewarding career on stage and screen. She has appeared On Broadway (The Rose Tattoo, I’m Not Rappaport, Macbeth); Off Broadway (Tea for Three, Cloud 9, Inadmissible Evidence, Split, Candide); regional theater (leads in a wide range of productions throughout the country); film (Uncle Buck, In the Family, Without a Trace); and TV (The Sopranos, all of the Law and Order series, E.R., Providence, Days of Our Lives, L.A. Law). She starred in the Emmy-Award winning Playing for Time with Vanessa Redgrave, and Catch a Rainbow, for which Ms. Bromka herself won an Emmy. After starring opposite Rich Little and portraying eight First Ladies in The Presidents for PBS, she went on to co-write with Eric H. Weinberger the one-woman show Tea for Three: Lady Bird, Pat & Betty, starred in the show Off Broadway, and continues to tour with it nationwide.

Register for This Event